Paris, city and capital of France, situated in the north-central part of the country. People were living on the site of the present-day city, located along the Seine River some 233 miles (375 km) upstream from the river’s mouth on the English Channel (La Manche), by about 7600 BCE. The modern city has spread from the island (the Île de la Cité) and far beyond both banks of the Seine. Paris occupies a central position in the rich agricultural region known as the Paris Basin, and it constitutes one of eight départements of the Île-de-France administrative region. It is by far the country’s most important centre of commerce and culture. For centuries Paris has been one of the world’s most important and attractive cities. It is appreciated for the opportunities it offers for business and commerce, for study, for culture, and for entertainment; its gastronomy, haute couture, painting, literature, and intellectual community especially enjoy an enviable reputation. Its sobriquet “the City of Light” (“la Ville Lumière”), earned during the Enlightenment, remains appropriate, for Paris has retained its importance as a centre for education and intellectual pursuits. Paris’s site at a crossroads of both water and land routes significant not only to France but also to Europe has had a continuing influence on its growth. Under Roman administration, in the 1st century BCE, the original site on the Île de la Cité was designated the capital of the Parisii tribe and territory. The Frankish king Clovis I had taken Paris from the Gauls by 494 CE and later made his capital there. Under Hugh Capet (ruled 987–996) and the Capetian dynasty the preeminence of Paris was firmly established, and Paris became the political and cultural hub as modern France took shape. France has long been a highly centralized country, and Paris has come to be identified with a powerful central state, drawing to itself much of the talent and vitality of the provinces.
Top Universiteis in Paris:
Université PSL
Institut Polytechnique de Paris
Sorbonne University
Université Paris-Saclay
Ecole des Ponts ParisTech
Université de Paris
Université Paris 1 Panthéon-Sorbonne
University Paris 2 Panthéon-Assas
CY Cergy Paris University
Top Attarctions in Parsi:
Eiffel Tower
Seine River
Moulin Rouge
Musee du Louvre
Palace of Versailles
Disneyland Paris
Paris Catacombs
Notre Dame Cathedral
Champs-Élysées
Arc de Triomphe
Weather in Parsi:
In December, Paris shows signs of a subtle thaw-- if more of a figurative than a literal one. It's well known that Parisians detest the winter months with a kind of drama that only they could manage. But they also love romance. December is the perfect antidote to the end-of-winter gloom and doom, with events such as Valentine's Day giving locals and visitors alike a perfect excuse for fabulous dinners, dancing, strolling, and-- not to be neglected-- top-rate chocolate. With so many romantic things to do in Paris on or around Valentine's Day, the city can really be a festive and warm time despite chilly conditions. The weather is generally quite cold at this time of year, with windchill making conditions feel even more bracing. While warm spells have been increasingly common in recent years, you should prepare for the following conditions. 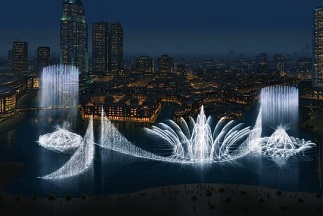 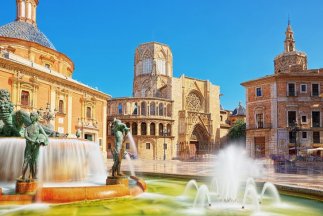